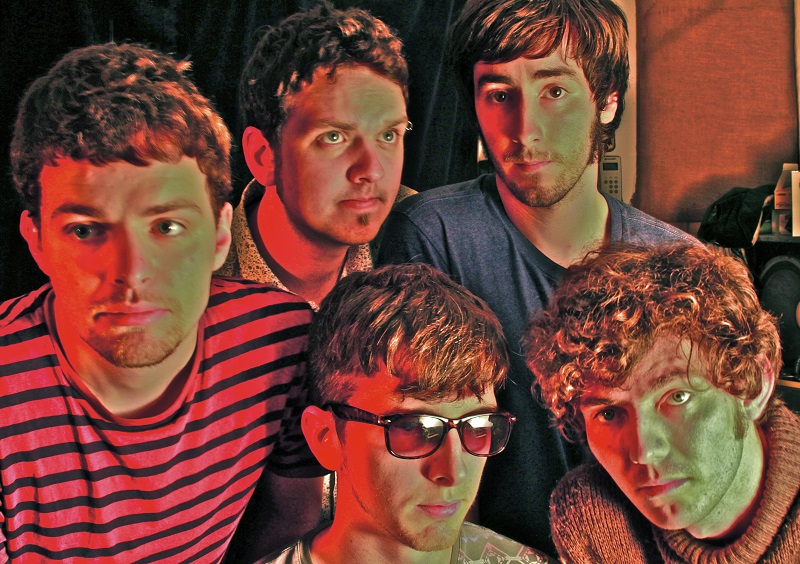 For their second album, Vitreous, O Emperor decided to cut their ties with Universal Music Ireland and go it alone.

Since its release last summer, the album has received rave reviews, with critics describing it as a “stark, multi­coloured, pixelated piece of pop art”.

Continuing on from that success, it was announced yesterday that Vitreous has been shortlisted for the Meteor Choice Music Prize Irish Album of the Year 2013. This will be O Emperor’s second nomination for the prize – they were first shortlisted in 2010 with their debut Hither Thither.

Frontman Paul Savage chats to me about the band’s second Choice nomination and talks about the experience of doing things for themselves.

Conor McMahon: So this is your second time to be nominated for the Choice Music Award.

CMM: Not bad going. Do nominations like this mean a lot to the band? Especially with this album, seeing as it was self-released.

PS: Yeah, certainly as an independent act it does mean a lot. Even just because of the publicity that it gets. There’s more notice from record shops still out there. I think even just as a little business boost, [the award] shines a focus on the nominated acts. Some of them – including ourselves – may have slipped under the radar for some people, and it brings back home that there are some good Irish albums out there to buy. And I think it does mean a lot to us just for the fact that we spent a couple of months just working on this album ourselves and making it completely DIY. It does mean a lot that we’re in there with very big acts. It’s quite a humbling experience. It’s a great boost to have, especially at this time of year when it might be quiet.

CMM: It’s a good way to kick it off 2014. And you’re right, it is an impressive list of nominees. Is there any act that stands out to you in particular?

PS: I particularly enjoyed Lisa O’Neill’s album [Same Cloth or Not]. I think she’s got such a unique voice and it’s such a great record. I really like it. I thought the new Bell X1 album [Chop Chop] was really good as well. From a sound point of view, it’s incredible, and the production is amazing on it.

CMM: You mentioned the last time you spoke to campus.ie that you were experimenting with a new sound on Vitreous. It’s been out a couple of months at this stage, so what’s it been like to play the new tracks live?

PS: It’s been cool. Some of [the songs] we’ve been playing before we recorded [the album] or before it was out so some [have been around] longer than others. We built [this album] up bit by bit. Sometimes people weren’t in the same room or in the same “timezone” – some people would come in in the morning and put on a part and some people would come in during the night. A lot of it was done in that kind of systematic way. But, weirdly, it was still very collaborative in that sometimes separated way. So a lot of the stuff we didn’t actually write by sitting in a room and jamming together. It was written by individuals and parts were put on by different people.

When we came to play it in a live sense, we had to almost learn it as a band for a couple of weeks and try get a sense of what it actually sounds like live which was quite interesting. I think it then takes on a different voice or a different body of sound when you’re actually playing it as a band as opposed to recording it individually.

Some of [the songs] have developed nicely, but I think for the next record we’ll try a different approach where we might jam more or record as a band again like the first record [Hither Thither]. We’ll play them for a while or tour them before we record them. I think there are always different stages that a song goes through, so it’ll be interesting.

PS: It kind of is what you make of it really. Some bands will go out and tour relentlessly and probably do quite well. [But] it’s a very small and limited field. You only have a certain amount of places that you can play. Depending on what kind of band you are, it can be even more limited. I think a lot of it is about getting out of Ireland and try – as much as possible – to branch out of playing in your own country. For some bands even playing in a different town could be a new experience. That’s great when you can do that, but once you get to that level you always want to do more.

I think the industry is healthy. There are loads of great acts and they’re all doing individual things and some are getting quite big, and it’s great to see that. I think it’s always healthy: There’s always a healthy abundance of original music, it’s just whether it’s channelled in the right way or handled correctly.

PS: We’re looking at playing South by Southwest [festival in Austin, Texas]. I can’t really say for certain if we’re going. We’ll see if we can actually plan it properly. It’s a major operation really. We did it about three years ago.

CMM: So you know it’s difficult.

PS: Yeah, it’s a big thing. It’s a big commitment to go over there. [It’s difficult] financially as well. Hopefully we can get over there. We have some plans to do some US touring as well so fingers crossed, it will all go well.

CMM: That sounds really exciting. One last question: Paddy Power have you priced at 7/1 to win the Choice award – are you going to be betting on yourselves?

CMM: So an anxious few weeks for them as well then!

The winner of the Meteor Choice Irish Album of Year will be announced at an event in Vicar Street in February. Tickets for the awards ceremony are on sale now priced €23.50.

‘Vitreous’ is out now.

This article first appeared on campus.ie.