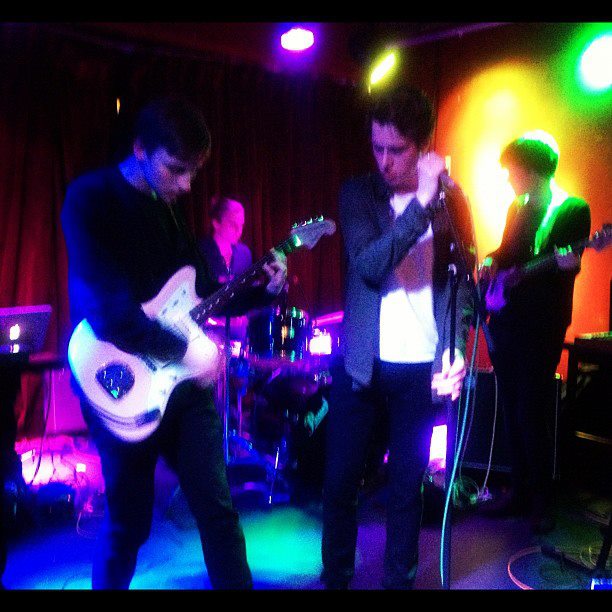 It is hard to pin down exactly what that sound is: Pop Music is like a cross between an aural art project and the soundtrack to some distant German Expressionist film. Is that obscure enough for you?

The band themselves describe their sound as “contemporary yet classical; a sound that can accurately articulate yet transcend the gamut of emotions and experience that five 20-year-olds share in this world.” Perhaps that’s a little more accurate.

Regardless, they sound good – very good, in fact.

‘Brut’ is a half tribal, half club-worthy song. It absolutely erupts with percussive mayhem. Bordering on the experimental, ‘Brut’ encapsulates the urgency of an Orwellian catastrophe on the dance-floor. Plus it really makes you want to see this band live.

A beautiful two-minute synthesised interlude follows, and sounds like something minimalist electronic composer Max Richer would be proud of. And as the second half of Pop Music progresses, that dreamy sound of Women’s Murder Club becomes more defined.

‘LIP’ is gorgeous and will break your heart – intense, evocative and just a little bit magic.

Pop Music rises to an elated closure with ‘Come in Again’, a track that is as melancholic, poetic and ambient as its predecessors.

A conquering debut, Pop Music is stunning. Though at times ‘the sound’ of Women’s Murder Club becomes somewhat loose, this EP is, on the whole, a euphoric listening experience.